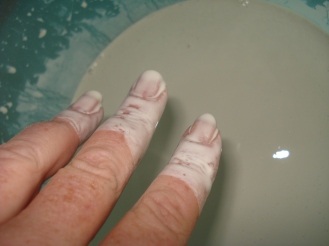 Checking the glaze thickness before I start out.

Here is one of the large chooks going through its transformation. 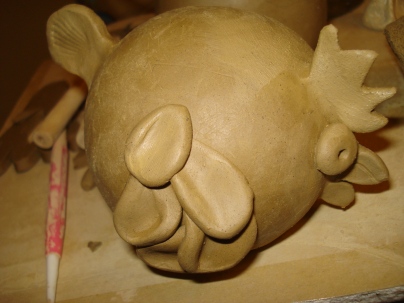 First stage is drying out the creation.

Next i paint on the coloured slip or liquid clay.

Colour change after its first bisque firing, then a clear glaze goes on. 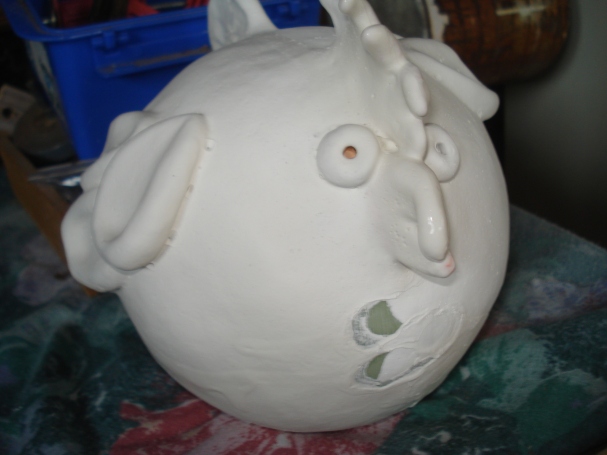 Woops i missed a spot. Although it appears white and chalky now, it comes out glossy after its second firing. 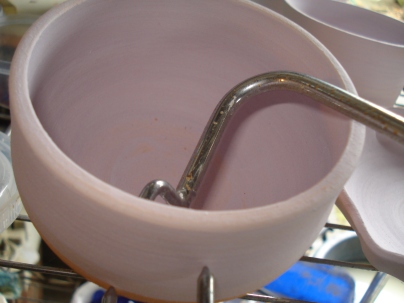 There is a knack to getting the coverage all in one dip!

Cleaning the foot to prevent pot sticking to the glaze shelf in the second firing. 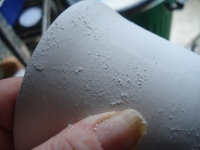 Rubbing away air bubbles trapped in the glaze while dipping, the bowl then goes for its second firing. 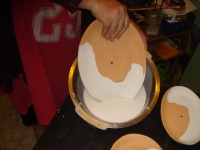 Layering different colours on the plates.

Serving Coffee Grounds for Gardens since 2010

Photos and Musings on Nature and Our place in it.

What's in my pantry and other foodie thoughts

Letters From The Clouds

I can't eat biscuits, but I have a better idea ...

Less of me-More of Him

I have people to kill, lives to ruin, plagues to bring, and worlds to destroy. I am not the Angel of Death. I'm a fiction writer.

Meditations on Philosophy, Strategy, and Life

Art fresh from the imagination of Susan Kemp - artist, illustrator and lover of challenges.

In Design and Arts

The Art and Craft of Blogging

Ingredients for a Beautiful Life!

Bring new life to your garden!

Mad about the chicken

Welcome to a spot where you will get to experience my ongoing love affair with clay and the potters wheel. If you are interested in purchasing one of my pieces ,you can reach me at: sedonazjhf@gmail.com, thanx for stopping by, John

LAID IN THE CITY

Everything chickens in towns and cities!